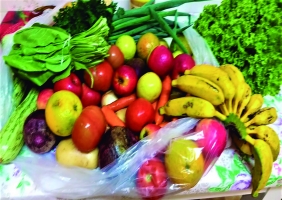 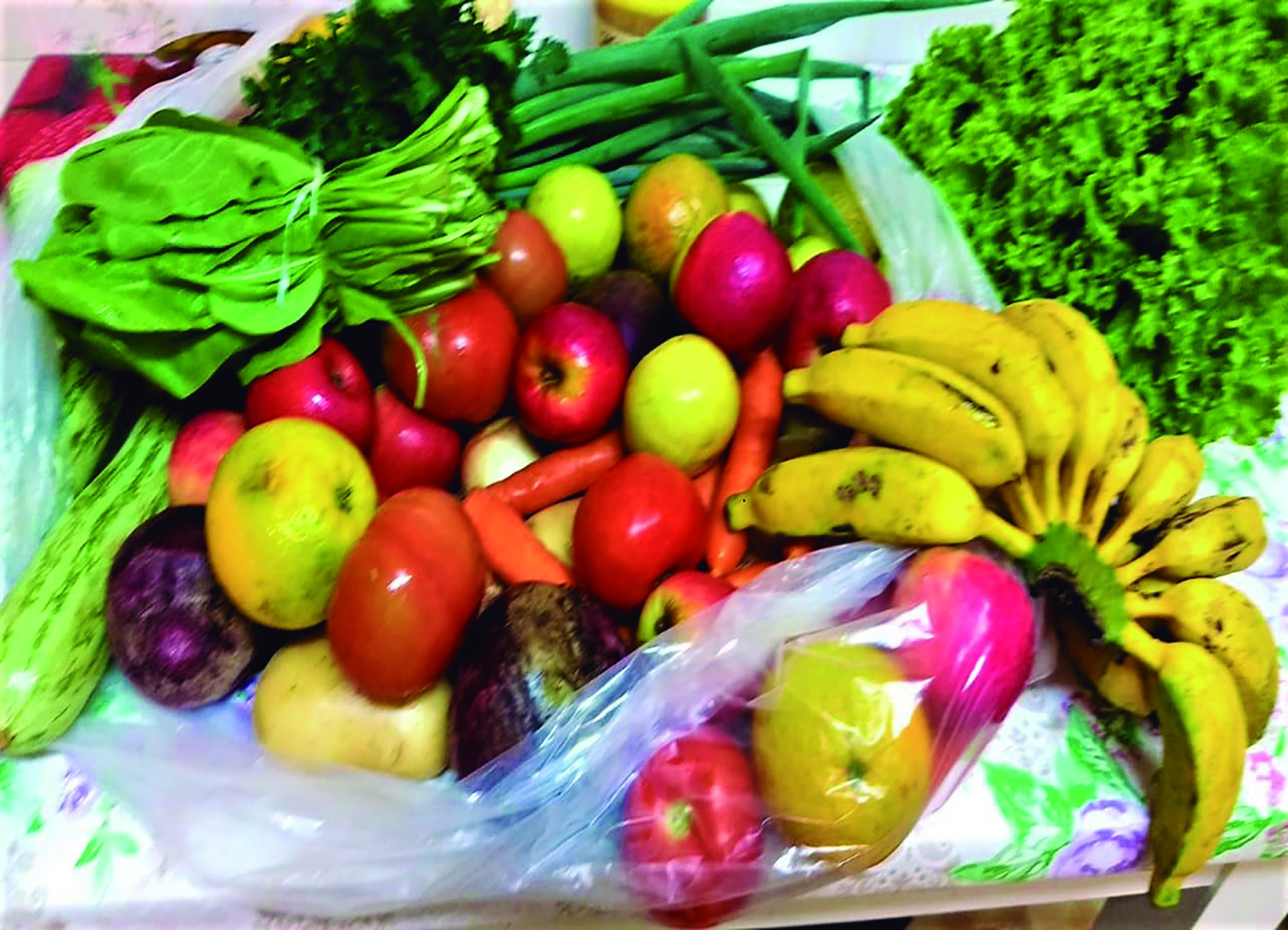 On a planet whose “modus vivendi” is deteriorating, it is essential to turn to the lifestyle of native peoples. Native American people, "have extremely refined ideas about how to live a fuller life, in harmony and balance with the planet to which they belong". Teko Porã (Guarani) Sumak Kawsay (Quechua), Suma Qamaña (Aymara) - untranslatable terms, would mean something like "Well-Being", an ancestral worldview, of full realization of life on the planet, “The ethical, existential, collective “good living”, practiced and lived in everyday life. Certainly, our civilized societies, based on the logic of the capitalist system concentrate on goods and income, with the privileged and the excluded, owe much to the experiences, knowledge, perspectives and wisdom of native people.

1. Production - What is produced and how? Fortunately, there is a huge effort to invest in organic agriculture and produce healthy, natural, pesticide-free foods.

In large scale production, agribusiness uses lot of pesticides. According to data from 2018, the country uses about 20% of pesticides sold worldwide. And each Brazilian consums 7 litres of the poison per year in their food. Meanwhile, the agrochemical giants are becoming more and more popular.

2. Storage and conservation - How is processing done?  Today, 85% of the food consumed in Brazil undergoes some industrial processing, comparing to 70% in 1990 and only 56% in 1980. Alteration techniques are used with help of chemical additives to prolong the validity.

In industrial processing, there is a knot of healthy food. Just read the list of "ingredients" for a product. The more ingredients, the greater the degree of processing and the less healthy the food.

3. Distribution - What is distributed and how?In the distribution, the purchasing power factor and the manipulation of the nutritional standard imposed by the corporate media weigh in, according to the interests of the food industry. Low-income and unsuspecting people tend to put on the table an unhealthy compulsory diet, with foods rich in calories and low in nutrients. In the words of the Food Guide for the Brazilian Population, there are Foods that “fill the belly” without being “real food”.

Not without reason, the American doctor Llaila O. Afrika, one of the world health and nutrition authorities, coined the expression ““Nutricide”” - synonymous with food genocide, as he says in the book on the nutritional destruction of the Black Race. In a way, there is “nutritional destruction” of the entire population that does not have access to healthy food.

In Brazil, the National Council for Food and Nutritional Security, created on April 22, 1993, proposed in a recent decade, a Federal Project to Combat Hunger, reaching memorable results but reversed in recent years, unfortunately.

In November 2014, after a wide debate, the Healthy Eating Guide for the Brazilian Population (Ministry of Health) was approved. The Guide retrieves important knowledge for the food choices of the Brazilian people. It aims to provide the population with information about healthy eating and its benefits.

The Food Guide demystifies media abuse in food advertising. It is understood that the private sector - the Brazilian Association of the Food Industry (BIA) opposed the Guide, annoyed by the NEW classification that the Guide brings to food, based on the degree of industrial processing. The private sector continues to criticize the current Ministry of Health and ask for the revision of the "Food Guide for the Brazilian Population", mainly with regard to the consumption of ultra-processed foods.

In a harsh response, experts recall that international bodies, such as FAO, WHO and UNICEF, consider the Brazilian Guide, an example to be followed. And the Ministries of Health of several countries have their food guides and their food and nutrition policies inspired by the Food Guide of Brazil. This is an international recognition for the Guide.

For a healthy diet, the tip is to cook at home, giving preference to natural and fresh food. The golden rule is: “Peel more and unpack less”.

The new classification of foods, according to the Guide:

- In nature: Foods that come straight from nature, such as fruits and vegetables. If they are organic, the better.

- Minimally processed: Food that undergoes minimal changes, such as cleaning, selection, drying and packaging, such as sliced ??and packaged fruits, rice, beans, etc.

- Processed: Products made from natural food, but with the addition of salt or sugar, such as canned fruits, salted meats, cheeses, .... Limiting the use is a good warning, as they suffer unfavourable nutritional changes.

- Ultra-processed: Products formulated by the industry, with little or no natural ingredient and addition of various substances, chemical and food additives. Just look at the list of “ingredients”, those tiny letters of a product are difficult to read. More than 5 ingredients, food is ultra-processed. On the list are: filled or unfilled cookies, snacks, cereal bars, ready meals, soft drinks, instant noodles and so on - they are a risk, a trap for health.

The rush of life invites you to exchange fresh and minimally processed foods for industrialized foods ready for consumption (processed and ultra-processed), generally rich in sodium, calories, additives and practically without nutrients: a dangerous facility that is opening the door to disease, exposing oneself to health risks.

As qualitative proposal, the Guide is a partner in the challenge of improving the quality of the food of the Brazilian people, with a view of promoting health and care and the prevention of chronic diseases. The Guide, as an instrument in favour of health, does its part in the pursuit of the “Well-Being” of the entire population.

The purpose of this reflection is to feel challenged about the responsibility and importance of adopting healthy lifestyle habits in our communities, families, friends and in other social groups to encourage the adoption of more beneficial life style, food and body care. Therefore, combining healthy eating with “Well-Being” by discussing new forms of care to bring about awareness leads to results and commitment to the “common home”. Thus, “Well-Being”, as a concept inherited from indigenous and African worldviews, helps us to think about the collective / community living and the preservation of nature, of which we are a part. We are invited to overcome the logic of developmental capitalism with its effects of inequality that hinders with dignified life for all people. 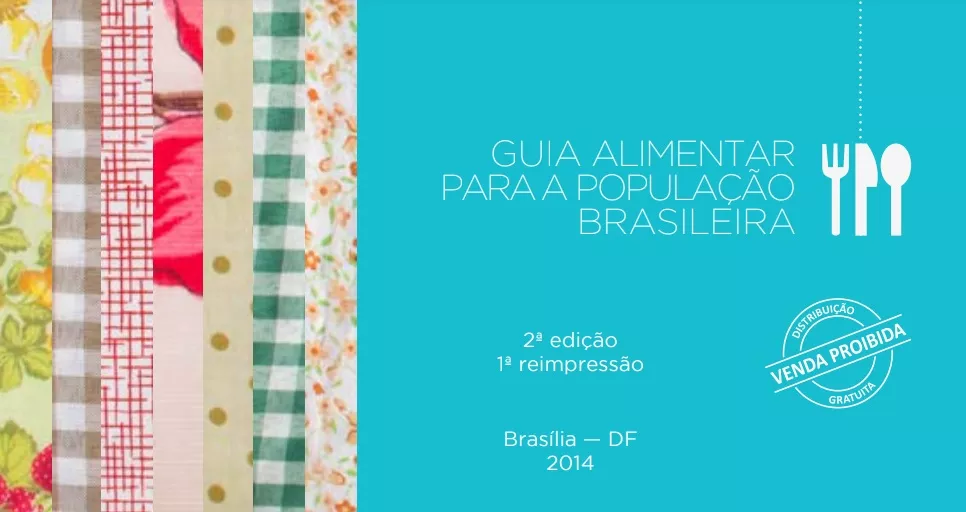