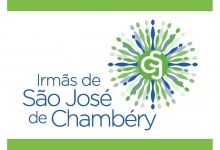 OPEN LETTER THE CONGREGATION OF THE SISTERS OF ST. JOSEPH OF CHAMBÉRY
“Justice and Peace shall kiss” (Ps. 85:11).
“I have come so that all may have life and life in abundance” (Jn. 10:10).
We, Sisters of St. Joseph of Chambéry, in celebrating 367 years of the foundation of our Congregation, reaffirm our prophetic presence of unity and reconciliation in a fragmented world.  As consecrated women in dynamic and creative fidelity to the initial inspiration, we are strongly challenged by the cries of the poor in the current context of our country.
The disgraceful situation of Brazil and the calamitous reality of millions of Brazilians call us to speak along with so many other voices in opposition, at a time of prevailing rivalries and conflicts of interest, opportunistic forces impose themselves, to the detriment of the majority of the population. We suffer an illegitimate government, articulated through a political-legal coup. A congress that has been bought for kickbacks and payoffs, votes for reforms that deprive people of rights achieved through years of struggle. Irresponsible privatization despoils national assets, while foreign companies earn competitive advantages. The prioritization of the economy favors the financial markets, leading to large accounts in tax havens, not to mention suitcases full of cash. All of this becomes a routine of corruption of movements, entitlements and political leadership. We cannot abide this reality, replete with situations of injustice and with so much disrespect for human rights.
As a Congregational body, we, Sisters of St. Joseph of Chambéry, faithful to our origins and the cry of the poor and workers in the light of our documents, "critically look at the realities and ideologies hidden in them, so that our thinking is in accordance with the Gospel and our action expresses its demands”. We renew our commitment to the God of life, the service of the Church and the world, fighting for democratic participation and committing ourselves to be, in the midst of downtrodden people who are violated in their human dignity and rights, the Congregation of "the great love of God", as desired by our predecessors and our founder, Jean Pierre Médaille.
In the Church, and committed to the people, we want to build a present and a future of life and hope, confident in the Trinitarian God and our Lady of Aparecida.
Rome, October 15, 2017