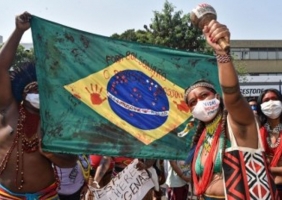 THREATS TO THE CONSOLIDATION OF INDIGENOUS RIGHTS IN BRAZIL

Brazil has a significant ethnic diversity. According to the last official census, conducted in 2010 by the Brazilian Institute of Geography and Statistics (IBGE), there are approximately 817,963 indigenous people in the country, of which 502,783 live in rural areas and 315,180 in urban areas. This census revealed that Brazil has indigenous people in all states, including the Federal District.

The National Indigenous Foundation (FUNAI) indicates the existence of 305 different peoples and registers 274 indigenous languages and 114 groups of isolated and recently contacted indigenous people. Furthermore, it is worth noting that of the 1,298 Indigenous Lands (ITs) in Brazil, 829 (63%) are pending demarcation by the State. And yet, of these 829, a total of 536 lands (64%) have not yet had any action taken by the State.

Due to great diversity, the Federal Constitution of 1988 went beyond the integrationist principle which formerly guided the Brazilian state's relationship with native peoples and inaugurated a legal order based on pluriethnicity. Caput Article 231 acknowledged the indigenous right to “social organization, languages, beliefs, and traditions.”  In other words, Indigenous people can integrate themselves to Social Organization after the adoption of the Magna Carta, a new command which came into effect based on the indigenous perspective of seeing and understanding the world.

A new policy of self-determination was inaugurated and acknowledged. In other words, Brazil was recognized as multi-ethnic State. Article 231 of the Constitution, along with articles 210 and 215, includes the cultural patterns of indigenous peoples and other traditional communities present in the country.

THE RELATIONSHIP BETWEEN THE STATE AND INDIGENOUS PEOPLES

A significant progress is seen even at the international level. The International Labour Organization (ILO) invalidated Convention No. 107, of June 5, 1957, which dealt with the "protection and integration of indigenous populations". In its place, Convention No. 169, of June 7, 1989, was approved and adopted in Brazil through Decree No. 5.051/2004, currently consolidated in Law No. 10.088/2019. Like the 1988 Constitution, this new treaty overcame the integrationist paradigm, bringing basic concepts that should guide the state's relationship with indigenous peoples, especially related to respect for cultural identity and the consultation and participation of these peoples in decision-making.

In turn, unlike Convention 169, the United Nations Declaration on the Rights of Indigenous Peoples is not a binding instrument on the State, serving as an interpretative source of rights. It is regarded as the most comprehensive international instrument concerning the rights of indigenous peoples, as it gives unprecedented prominence to collective rights in the international sphere of human rights and establishes a universal parameter of minimum standards for the survival, dignity, and well-being of indigenous peoples.

THE CURRENT CONTEXT OF ATTACKS ON THE RIGHTS OF INDIGENOUS PEOPLES

In the current Brazilian political context, despite having such extensive normative protection, indigenous peoples are facing lot of problems such as their lands are not demarcated and there is no territorial protection for their land. We see the systemic denial of social rights, such as access to education, health and social security based on the identity rights provided for in the Brazilian legal system.

During Bolsonaro government of the last two and a half years, we have seen the dismantling of the policies for the protection of indigenous peoples and their territories, the gutting of the bodies that protect indigenous and socio-environmental rights, and the encouragement of invasion, deforestation, mining, and the spread of the COVID-19 pandemic. The consequences of this government's acts are death, sickness, suffering, persecution, and the destruction of ways of existence intrinsically related to territories.

In the legislative branch alone, there are several threats. On August 3, the Chamber of Deputies approved the Bill (PL) 2.633/2020, known as the PL da Grilagem, legalizing land theft in Brazil. The proposal voted on increased violence against indigenous peoples, quilombolas (descendants of escaped slaves), and family farmers, besides not having been previously included in the civil society which is a typical attitude of antidemocratic regimes.

In February 2021, with the election of the new presidents of the House of Representatives and the Senate, the federal government, headed by President Jair Bolsonaro, presented a package of priority agendas to be approved. Among them was the PL no. 191/2020, which regulates the research and exploitation of mineral and hydrocarbon resources on indigenous lands, as well as facilitating the use of water resources to generate electricity, despite indigenous demonstrations against these economic activities on their lands.

In 2020, the organization ‘the Articulation of Indigenous Peoples of Brazil (APIB)’, together with recognized indigenous leaders, such as Cacique Raoni Metuktire, requested the then President of the House of Representatives, Rodrigo Maia, not to allow this bill, which negatively impacts the traditional way of life of indigenous peoples. President Bolsonaro has ignored the expressed will of the indigenous peoples who are affected by this bill, and has disrespected the international norms that regulate the issue of Free, Prior and Informed Consultation.

The first paragraph of art. 1 of IN no. 09 states that the "Boundary Recognition Declaration" (DRL) is intended to provide private owners or possessors with certification that the boundaries of their property respect the limits of the homologated indigenous lands, indigenous reserves, and fully regularized indigenous domains. In view of IN No. 09, the Federal Public Ministry has filed 26 lawsuits in various locations arguing unconstitutionality, unconventionality, and illegality. To date, at least 19 court decisions favourable to the MPF's challenge have been filed.

In February 2021, FUNAI and IBAMA edited Normative Instruction No. 01, which is intended to establish procedures to be adopted during the environmental licensing process for enterprises or activities located or developed inside Indigenous Lands. This act seeks to institutionalize rural leasing in indigenous territories, which violates the observance of the constitutional clause that indigenous people have exclusive usufruct of the natural resources existing on indigenous lands (art. 231, §2, of CF/88).

It is about facilitating the exploitation of agribusiness inside indigenous lands. This weakens environmental protection and opens the way for non-indigenous people to explore activities of economic interest within these territories.

In the light of the scenario presented, we can identify the existence of a harmful systematic policy of attack on indigenous peoples and the consequences of this are death, illness and suffering of Brazilian indigenous peoples, as well as the destruction of their already threatened ways of life. 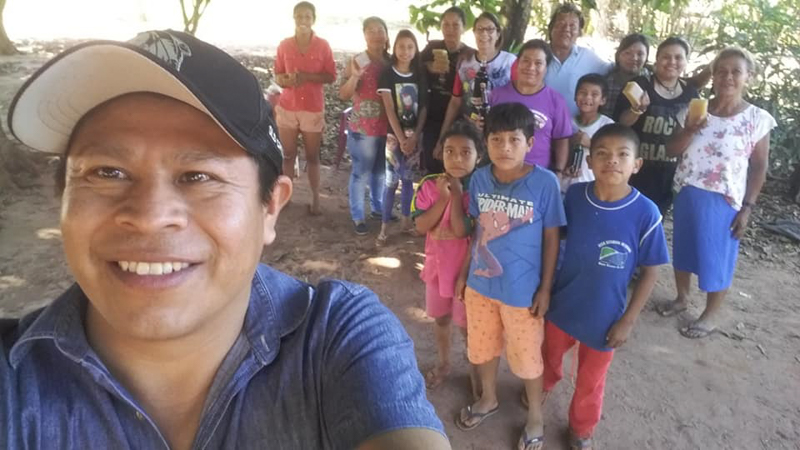 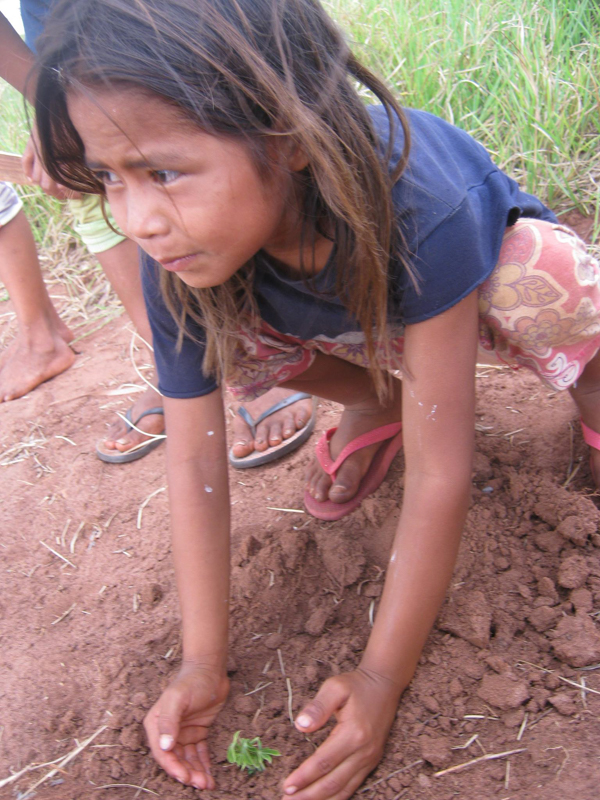 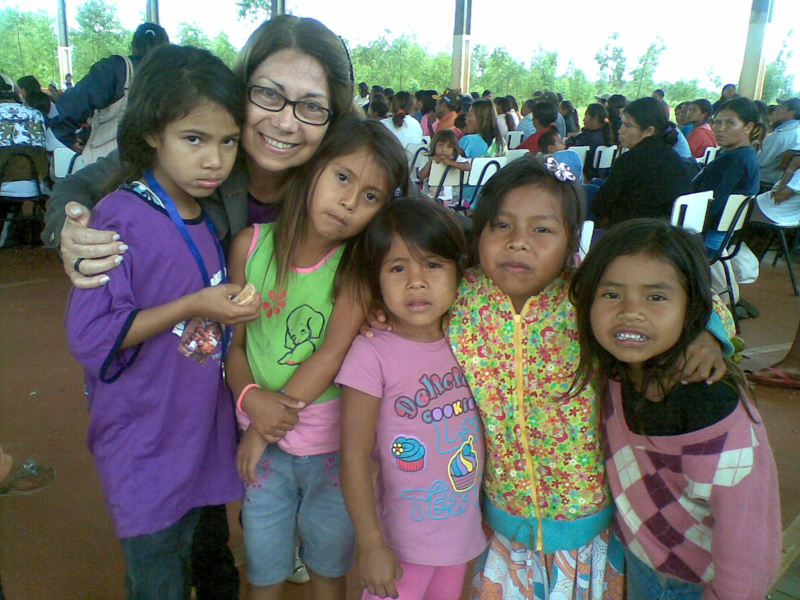