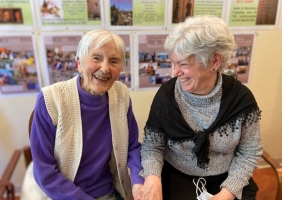 Sister Dolores, in her first trip as superior general, participated in the meeting of the board of directors of the International Centre in Le Puy, France, April 6 to 8, 2022.  After the meeting, she took advantage of her presence in France to greet the sisters in Chambéry.  It was not an official visit, but a time to meet the sisters who are in Jacob-Bellecombette and be immersed in the French language and French culture.

On Sunday she was invited to one of the local communities in Biollay where several sisters were gathered to share a meal and lively conversation.

Later that afternoon she met all the sisters in Clos St. Joseph and engaged in conversation with them, meeting new faces and connecting with those she already knew.  After this short visit, on Monday she left by train for Rome. 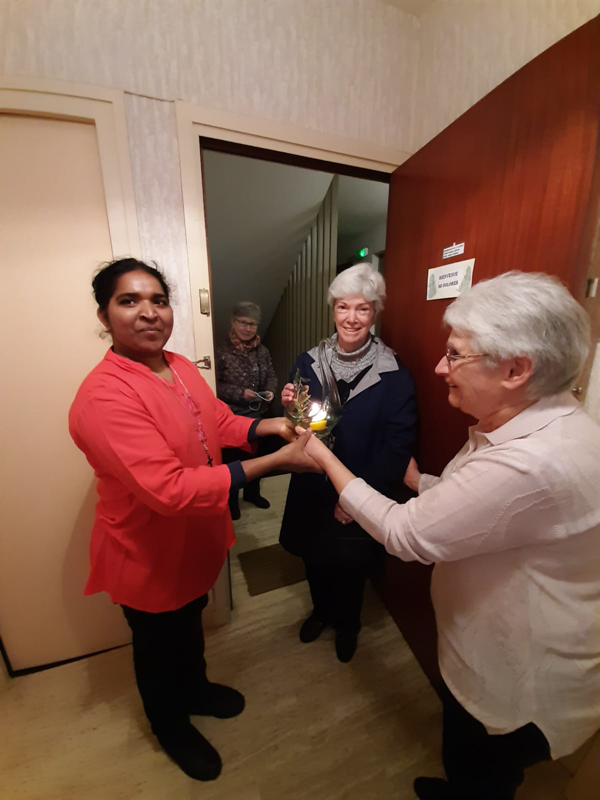 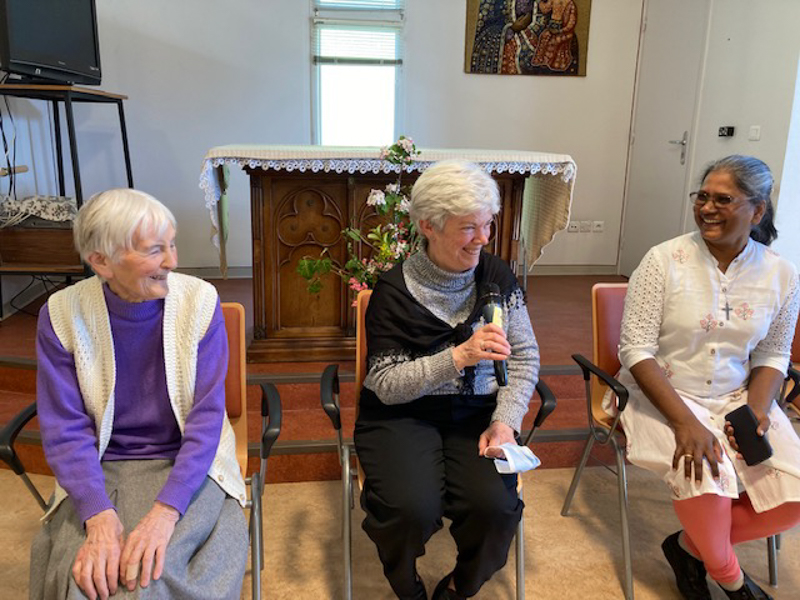 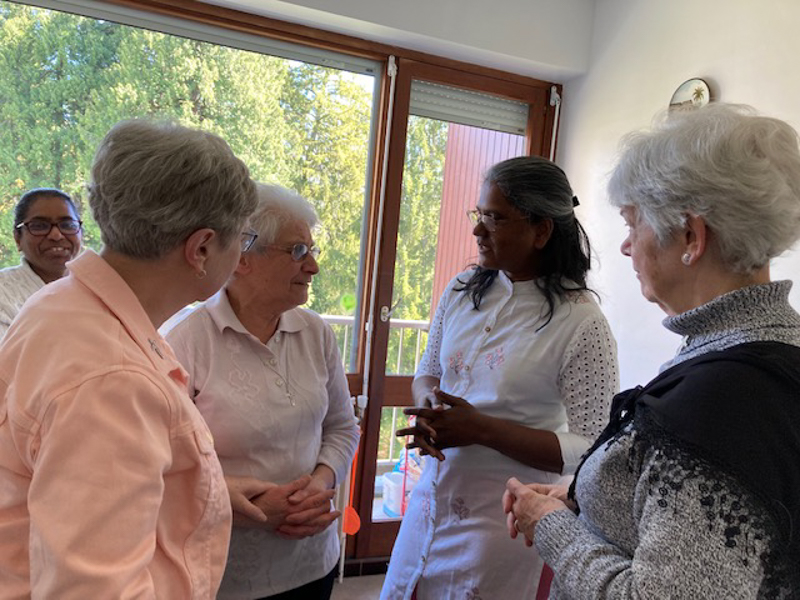 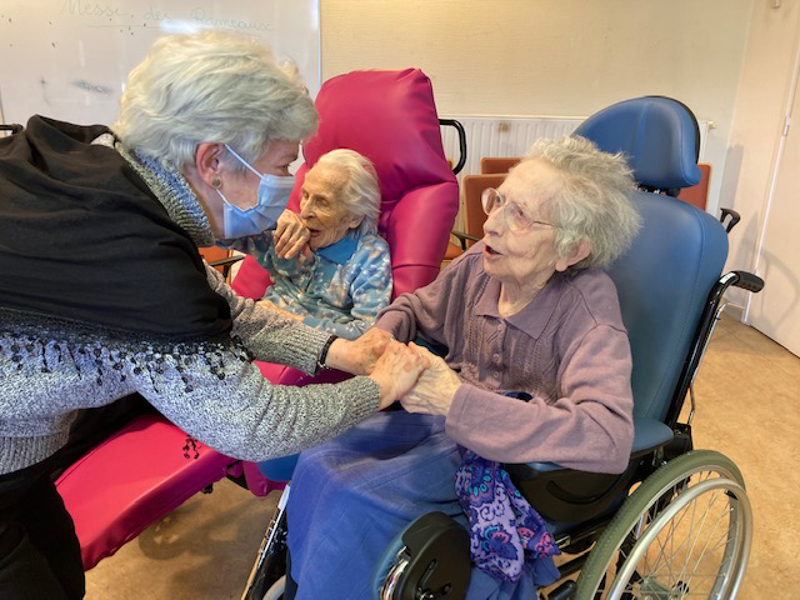 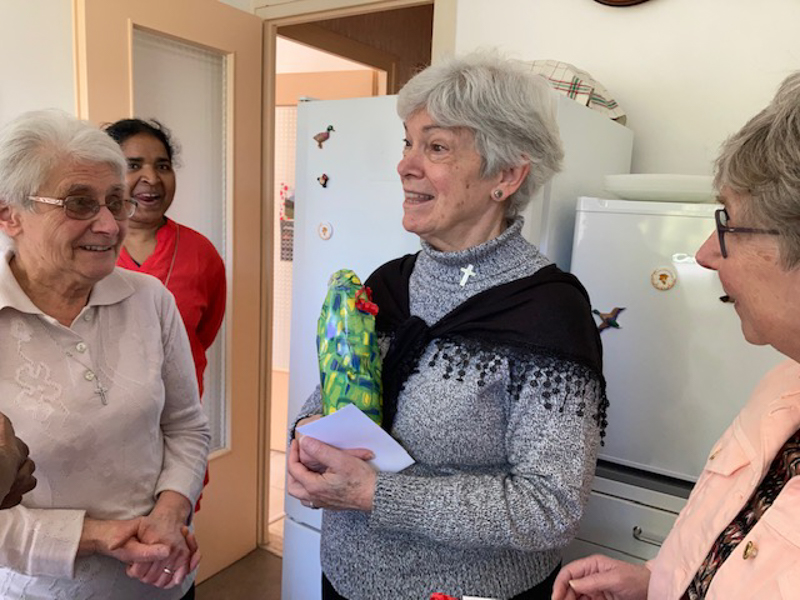 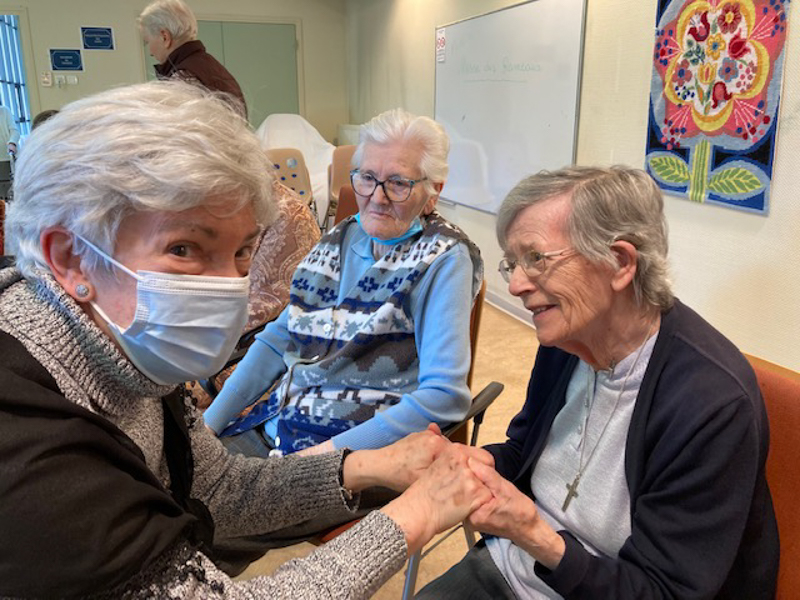 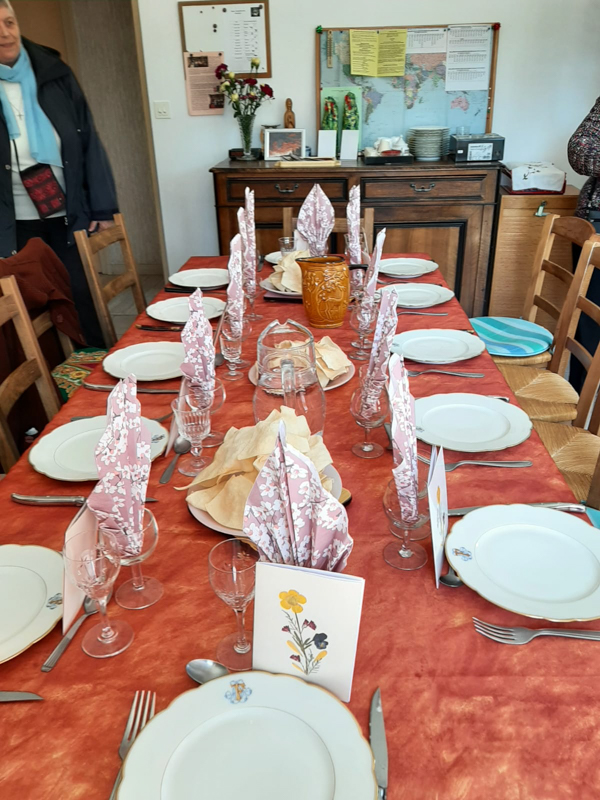 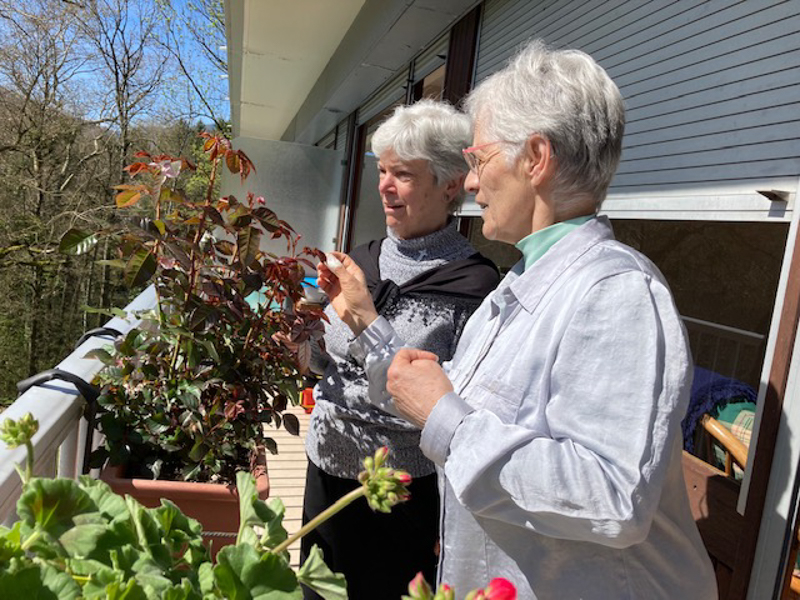 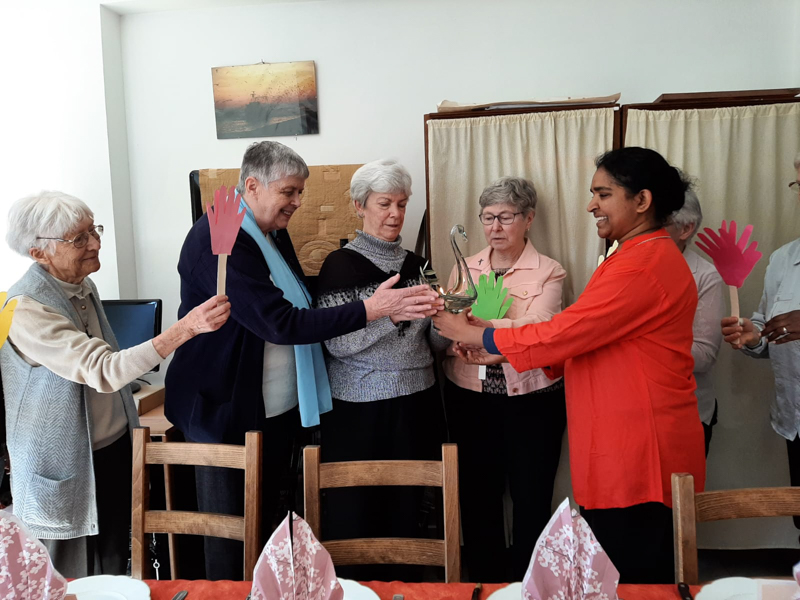 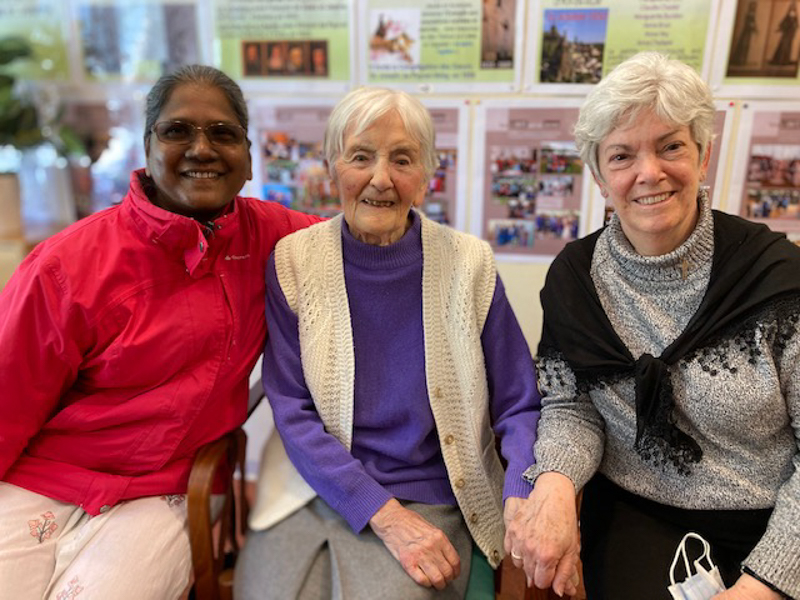 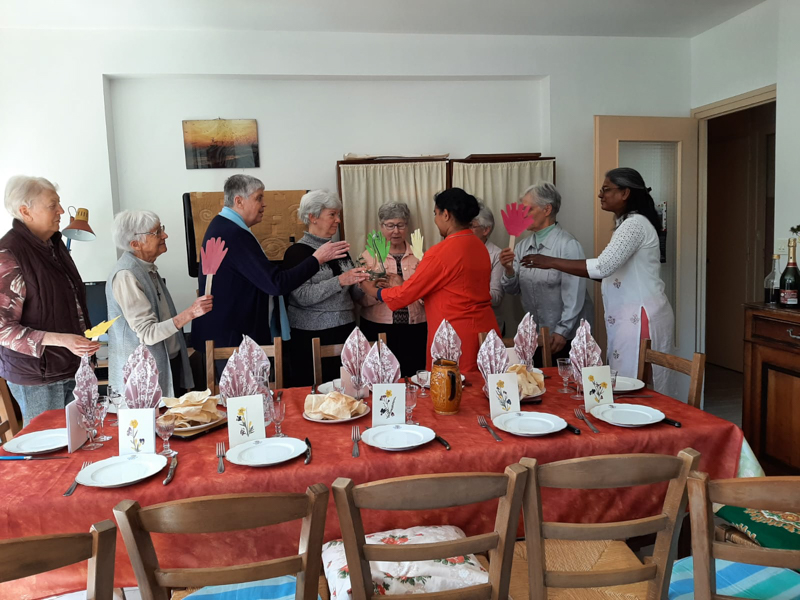 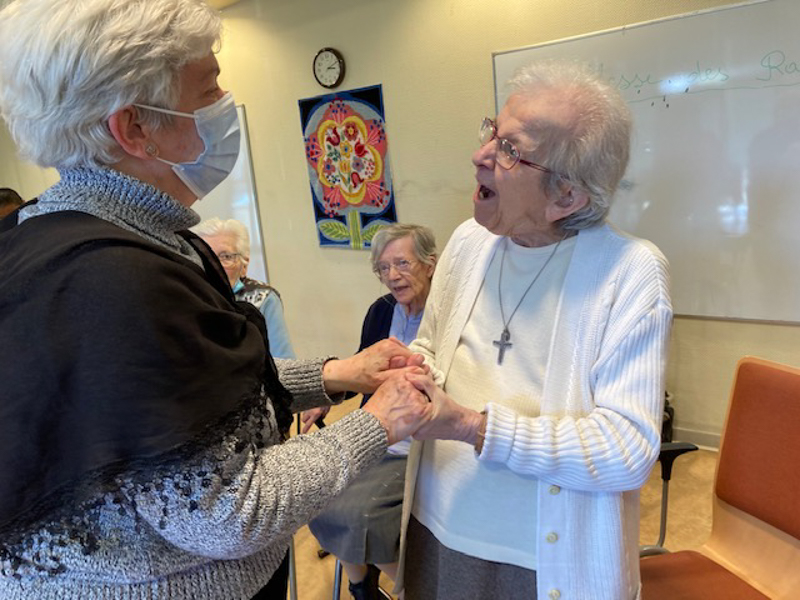 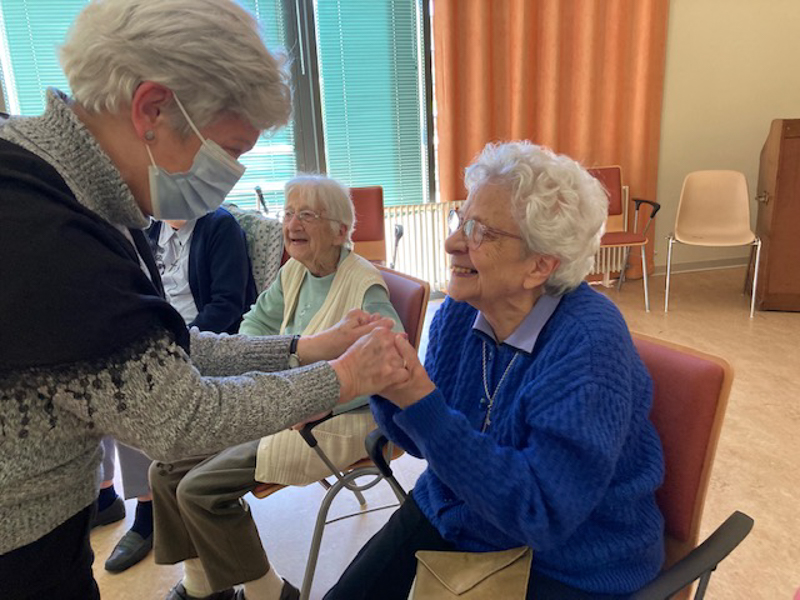